I am a 41 year old female who had a broken file in my canal tooth 30 from about 20 years ago when I did the first root canal. See the first picture showing the broken file in my root. Apparently, I have had an infection in this tooth since then but it never hurt me so I never did anything about it. Last week I had a re treatment on this root canal as they kept telling me I needed it and I had an infection. The endo told me the file could not be removed because it would be very difficult to remove. He told me he would try to bypass the broken file and finish the root canal i.e. re treatment of the root canal.

After about 1 hour of doing the re treatment he said he was done. He showed me the x-ray attached which shows the before picture showing the broken file in the root of the tooth and the after picture and it seems like the file has been pushed down into the apex. I don’t know if this will cause me pain going forward as it”s only been about 1 week and I have not used the tooth yet. The doctor said to monitor it with x-rays going forward and maybe surgery would be needed to remove the broken file in the apex if I feel pain or the infection does not go away.

When you try to bypass a broken file in a re treatment is it normal for the file to go past the apex or is this not normal a potential problem for me? Should he have tried to bypass the file or just told me to remove the tooth because pushing the file past the apex is actually worse than removing the tooth?

What should I do going forward now with this broken file in my apex?

Upgrade with a few easy steps. 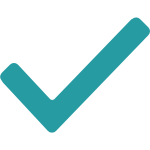